skip to main | skip to sidebar

Excerpt from the Enhance Your Vision workbook.

"The eyes are wonderful tools for the examination and understanding of the universe, as well as primary sources of social contact and self-expression. Shakespeare said, "The eyes are the windows of the soul." It is now known that the eyes truly are mirrors of our physical and emotional health. They function as an accurate index of what is occurring within the body and mind. Their examination can inform us of approximately 3,000 different functions or conditions pertaining to our physical health, as well as accurately indicate our mental states and individual styles of operation.
The eyes, which are actual extensions of the brain, are more intricate and complex than any humanly conceived system to date. A space shuttle with its 5.2 million parts, could be compared to a single eye, containing 137 million photoreceptors and more than 1 billion total parts!
Although the eye and brain represent only 2% of body weight, they require 25% of our nutritional intake. The eyes alone use one third as much oxygen as the heart, need ten to twenty times as much vitamin C as the joint capsules involved in the movement of our extremities, and require more zinc (our intelligence chemical) than any other organ system in the body. The first symptoms of dehydration are visual impairment.
Housing 70% of the body’s sense receptors, the eyes are the entry points for approximately 90% of all the information we learn in a lifetime. As a matter of fact, of the three billion messages relayed to the brain every second, two billion are sent from the eyes. The posterior third of the brain, which houses the memory bank and much of our intelligence, is also the portion of the brain used for vision.
Although most people think of their eyes as being unchangeable (if diagnosed as being nearsighted, always nearsighted or if farsighted, always farsighted) the eyes are the most changeable part of the body. The eyes instantly adjust to many types environmental stimulation both inside and outside the body. They have the ability of adjusting to vision therapy techniques, making it possible to see clearer with visual training. Rebound exercise, a cellular exercise stimulates and challenges all of the cells of the body including all of the cells of the eyes and visual cortex. ENHANCE YOUR VISION WITH REBOUND EXERCISE takes the latest in vision therapy techniques, and combines them with the latest in rebound exercise to provide for you a really workable vision enhancing experience.
Try it. You just might gain a better outlook on life."

--From the desk of Al Carter

STRESSED???  Then it's time to Laugh your troubles away!
"What does rebound exercise, laughter & vacations have in common? Let's talk about it!"
-Al Carter, CEO, Author, looks into this question.

What exactly is stress? About fifty years ago, Dr. Hans Selye recognized the mind-body connection involved with stress, as all of his patients had similar physiological and psychological characteristics. There were studies done with laboratory rats that found that these same physical responses existed with animals when they were put under stress. Selye claims that it is not eustress or good stress that harms us but distress. Distress occurs when the body becomes chemically unbalanced for long periods of time creating an unhealthy internal environment for the cells of the body.

Dr. Hans Selye was the pioneer in research into stress in the thirties. He defines stress as, “The non-specific response of the body to any demands made upon it.” The body's response to stress is known as the general adaptation syndrome.
When Dr. Selye was asked to present a paper in France, it was found that there was no word in French for stress, so they coined one: Le stress. Similarly, when asked to speak in Germany, there was no German word for stress, so it was named Der stress. Dr Selye identifies stress as two kinds: Eustress, or good stress and distress, or bad stress. He is therefore, without doubt, the founder of the concept of stress.
All bodies except for those in a coma are constantly reacting to stress, -- the interaction between living things and their environment -- either eustress or distress. In fact, the whole purpose of all exercise programs are designed to cause the body to react to a eustressful situation so that the body becomes stronger, making it capable of surviving a distressful situation.
Each demand made on the body is unique in that there is a definite response: when we are cold, we shiver; when we are hot we perspire. In addition, a great muscular effort increases the demands upon the heart and vascular system. In most heavy exercise, the arterial pressure rises about 30 to 40 percent, which will increase blood flow by about an additional twofold. In other types of stress besides muscular exercise, a similar rise in pressure can also take place. For instance, during extreme fright, the arterial pressure often rises to as high as double normal within a few seconds. This is called alarm reaction, and it provides a head of pressure that can immediately supply blood to any or all muscles of the body that might want to respond instantly to cause flight from danger. 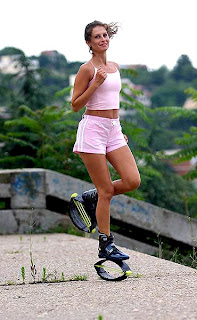 However, whatever the specific response, there is also activated a non-specific response which is independent of the cause. For example: The woman who is told that her husband died in the World Trade Center suffers a terrible mental shock. If, years later, he walks into the room alive and well, she experiences extreme joy. The specific results of the stress are opposite, but the non-specific effect on the body is the same.
These stimulatory occurrences that cause the body to react are known as stressors. In and of themselves stressors are neither good nor bad, it is how the individual body reacts to the stressors. A well-balanced, healthy body will react to stressors in a eustressful manor, where an unhealthy body will react negatively in a distressful manor. But the accumulation of stressors, whether good or bad, if intense enough, will ultimately cause physical disorders.
Men who took annual vacations were 17 percent less likely to die over a nine-year period than those who’d skipped vacations - and 32 percent less likely to die of heart disease - say researchers at the University of Pittsburgh and State University of Pittsburgh and the State University of New York at Oswego. The data came from a study of 12,866 men at risk [unhealthy] for cardiac problems. The researchers say time off may contribute to good health [healthier] by providing an escape from (dis)stress and more time with family and friends (eustress). 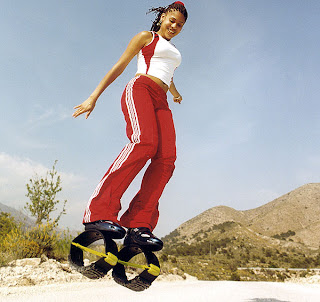 Rebounding Eustresses the Body.
Rebound exercise, utilizes three natural sources of eustress to enhance the body’s ability to handle distress. By combining the vertical acceleration and deceleration forces of the change of velocity with the force of gravity, each cell is required to adjust to an environment of increased perceived gravitational pull. This natural, purposeful stimulation makes it possible for the body to function better in a one G force environment.
We have taken the license to change slightly an article found in Personal Fitness Professional, August 2001. We inserted the term “Rebound Exercise” in place of “Exercise,” and redefined “Stress” as “Eustress.”

1. Makes you feel less anxious - Distress can make you feel anxious which causes a chemical imbalance, and studies show that people feel less jittery and hyperactive following rebound exercise.
2. Relaxes you - One rebound exercise session generates between 90 and 120 minutes of relaxation response. This post-exercise euphoria improves your mood and leaves you feeling relaxed because your body is in homeostasis.
3. Increases alertness - Studies have shown that when large muscle groups repeatedly contract and relax as in yoga or rebounding, the brain receives a signal to release specific neurotransmitters, which in turn make you feel relaxed and more alert.
4. Makes you feel better about yourself - Think about those times when you’ve been rebounding regularly. Haven’t you felt better about yourself? That feeling of self-worth contributes to greater eustress.
5. Reduces depression - Some researchers believe rebounding can be more effective than medication for treating depression in some people.
6. Helps you sleep more restfully - Distress can make it difficult to get a good night’s sleep, but studies show that people who rebound regularly sleep better than those who don’t.
7. Increase energy - Distress can leave you tired and weary, because your body is spending excess energy trying to get you back to homeostasis, but even 10 minutes on the rebounder can go a long way to upping your energy level. And the old adage is true - the more energy you use, the more you seem to have.
8. Rids the body of distress-causing adrenaline and other hormones - Vigorous activities such as rebound jogging and the strength bounce are particularly effective.
9. Encourages a healthier diet - People who exercise regularly tend to eat more nutritious food. And it’s no secret that good nutrition helps your body move from distress to eustress.
10. Helps you take time for yourself - Whether you rebound alone or with a friend, it’s important to take time for yourself during distressful periods.
Laugh a Little, Live a Lot
As much as we would like to tell you that rebounding has all the answers to a stressful question we have to admit that it doesn’t. UCLA researchers are hoping humor will prove to be a miracle pill in a study examining a tantalizing premise: What if something that makes you feel good can stop you from feeling bad? (changing distress to eustress?)
They’re testing the theory in a pain lab at UCLA Medical Center. Watching videos ranging from clips of old Marx Brothers’ films to “The Simpsons” helps the youngsters endure required treatments that cause pain.
The notion that humor might actually produce healing-enhancing changes in the body is gaining respect among some scientists in a field called psychoneuroimmunology, which studies interactions between the brain and the body’s disease-fighting immune system.
Prominent humor-health researcher Lee Berk , assistant adjunct professor of family medicine at the University of California at Irvine says that they use the term eustress - “eu” meaning “good” in Greek -- to define what happens to the body when it feels mirthful, or the opposite of distress.
In a distressful or painful situation, the body increases production of distress hormones such as cortisol and epinephrine. That in turn causes an increase in heart rate and blood pressure.
Research has shown that distress also can inhibit the body’s immune system and make people prone to illness.
So, maybe all you have to do is laugh. But then I don’t believe I have ever seen anybody frown when they are rebounding! 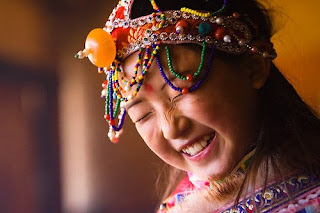 Regular Rebound Exercise, add a good dose of laughter, and refresh yourself with some time off... our first lesson in managing stress!

Monica McKenna
Hi everyone I am Monica McKenna. Welcome to my site! I am the mother of 2 handsome boys, Cory 20 and Conner 16. I have been in business for most of my life and love working with people!